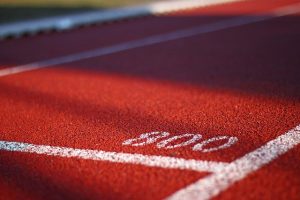 David Oxland has just broken the 17 year old M70 800m British Record by a comfortable margin of over one second, bringing the record time down to 2:32.46. He achieved this at Nuneaton in their “Night of 800m PBs” which involved a graded race with young athletes averaging around one fifth of his age!

David, who is Hon Treasurer of BMAF, is a former M60 Indoor 1500m record holder as well as three times M60 World champion at distances between 3,000m and 8k (cross country). Although he won a silver medal at 800m in 2013 at the World Masters championships at Porto Alegre, he has previously regarded this distance as a bit on the short side for him but he now proposes to devote more time to specifically training for it.